This article initially appeared in InfoWorld* 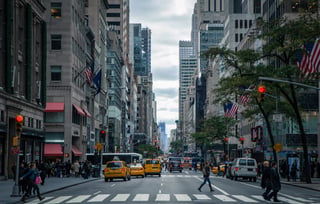 Not long ago, Gartner began the year with a bold prediction: by the end of 2019, 90 percent of large organizations would add a chief data officer (CDO) to the C-suite. This suggested that relatively new business practices like big data were not just trends but permanent fixtures, and that companies which didn’t properly invest in them at the executive level were digging themselves a hole.

At the same time, companies were warned to be careful of making large-scale changes due to data’s lightning-quick evolution. The real kicker of the Gartner research was that only half of the CDOs would be considered successful. (And those organizations would no doubt need to pay Gartner, so as to be on the right side of history there.)

Recently, I argued that new CDOs would be successful by remembering four key “if” points about data:

These points remind us that data—whether you’re capturing, collecting, storing, and analyzing it at scale for business purposes, or veering into big data territory, where machine learning might be involved—is not a panacea. Instead it is a nuanced and complex discipline, one that will face four major roadblocks during its implementation at the C-suite level.

1. The difficulties in quantifying value

Companies that invest in a new C-suite position will have to justify the cost to executives, shareholders, and board members. CDOs will have to prove that they are adding value to the organization. But it’s difficult to assign dollar values to data sets. Data sets are only as worthy as the business outcomes they deliver, and rarely the sole factor driving those outcomes.

And in marketing, which is increasingly data-driven, the typical Fortune 1000 company could net $64 million in annual income simply with a 10 percent increase in its data quality, according to Forrester. CDOs looking to immediately prove their value might be best advised to start in these areas.

But what if you, the new CDO, can’t even get a project going? What if you haven’t yet grasped the textured complexities of operations that will make or break the project? What if you aren’t privy to the wealth of resources? What if you can’t conjure up stakeholder buy-in? What if you’re treated as a second-class citizen?

Any job, particularly a leadership position, is packed with what-ifs? But a brand-new position, created out of the realization that an industry trend is actually a business’s lifeblood, faces difficulties attributable solely to its newness.

An instructive analogue is the CDO’s predecessor, the chief information officer (CIO). In the early 1980s, as computing technology was beginning to revolutionize business practices, companies suddenly found themselves with exponential amounts of information to handle. Thus the CIO was born, not just to figure out how to cut costs but to bring a strategy to information.

Initially, the CIO was merely participating in the C-suite conversation. It took 30 years for technology to evolve into the digital world that would allow the CIO to start shaping the conversation. CDOs now face the same hurdle: They will be seen as a novelty, an accessory, maybe even an experiment, rather than an entrenched and vital organ.

Along the same lines, the CDO is likely to encounter resistance from entrenched teams primarily in IT. Companies have standard operating procedures. What happens to data projects already in play? Who takes the lead or does the grunt work on new data projects? Without observing a clearly defined role, data stakeholders might be confused as to why the CDO is there in the first place.

And that leads to a bigger problem.

As a recent PwC report argues, there are five CDO archetypes: the progressive thinker, the creative disrupter, the customer advocate, the innovative technologist, and the universalist. The underlying factor in each is that the CDO is an agent of change. Even the “universalist,” seemingly the most benevolent archetype, is actually the most visionary, the one given a “forceful mandate” from the CEO to oversee all aspects of a fulldigital transformation.

In the past, the IT department could just say no to projects it didn’t like. The CDO will render that mentality obsolete—and it might not be pretty.

4. Keeping your eyes on the prize

With all the looming obstacles to success, CDOs may find it easy to forget their original charge: to deliver data based business outcomes. It’s a charge that starts with data quality. Collecting and storing clean, comprehensive data is the first step in running analytics that measurably improve companies.

CDOs’ ability to focus on the larger picture will be a crucial roadblock to overcome. How will they identify and stabilize saboteurs who feel threatened? How will they avoid getting bogged down in inter- and intradepartmental data project turf wars? If a project fails, how will they manage morale? How will they respond to whispers of “We brought in this new executive and it’s one big waste of time?”

The answer is in balance. Just as big data investments can be considered successful by the same people who recognize that replicating them pose a litany of challenges, CDOs will learn to acknowledge roadblocks that loom in the same place as victories. A suspicious IT department can be brought on board with an invigorating project whose implementation produces a winning situation—for everyone.