When it comes to data, the interface matters as much as the information 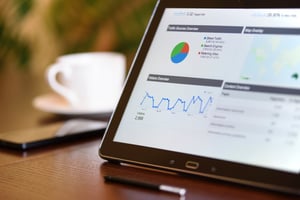 The General Data Protection Regulation (GDPR) comes into effect this week, and you might say it’s just a bit overexposed as far as headlines go. But amid all the hype, I find myself thinking about something that I see a lot of people forgetting: GDPR is not driving data technology and solutions—it’s reflecting them.
All businesses have data. The idea of “becoming a data-driven business” could be in the running for the most overused business term today. Would any enterprise really find no value in using data better? Even the most old-school brick-and-mortar organizations have cottoned on to this trend.
Focusing on data hygiene is good for business. The big data revolution of the past decade has confused this by emphasizing the volume, variety, velocity, and scope of data—and the endless business intelligence that produces vanity metrics and hockey stick projections. In doing so, we lost sight of one of the unsung innovations of the digital age: empowering nontechnical users to use data to make smart business decisions. And the way to do that is through better interface.

Why Google gets it

The clean interfaces and intuitive interactions developed and employed by Google, now called Material Design, have revolutionized human-computer interaction. The concept behind Material Design is simple: Focus on the user experience, and all else will follow. It’s a deceptively simple idea that’s easy copied but rarely done well. The nuances of the psychology of how people best interact with a screen are so complex that achieving an intuitive feel for all users is a monumental task.

Yet giving all employees an intuitive interface in which to use data to solve everyday business problems—provide customer support, complete sales transactions—is more than just nontrivial, it’s the missing piece of the data puzzle. As much as any tech company might talk up all it’s built on the back end and tout its complicated algorithms and AI that act on the data, it’s just as important how they present the data so that users can interact with it.

Most of us are familiar with data in our lives; we have an app that shows us our contacts and files organized by family, friends, and work, with links among them. Enterprises have the same thing, though it’s a centralized place where only the authorized person sees the right information pulling from customer, supplier, financials, etc.

The result of this is, for example, matching and merging to solve real-time problems. Businesses fail to build loyalty when they don’t know their customers. If a customer service rep who queries “bill smith” sees two independent customer accounts with the names “B. smith” and “William Smith,” each attached to different addresses but the same phone number—but the customer is obviously both of them—the employee should be able to merge the accounts with a single keystroke.

It’s something that we’ve come to expect from our systems. But it only happen when the data hub—the underlying application data Managementand master data management—are working in concert. This is a perfect example of back-end and front-end technologies converging, moving the user experience and the data quality closer to the principles of Material Design.

The DPO isn’t a DBA

A new role called a data protection officer (DPO) was called forspecifically in the GDPR. The DPO acts as sort of a liaison between an organization and regional authorities. Here, we have a person who needs to be data-literate but isn’t expected to be an in-the-weeds data geek. Historically, the average rank-and-file database administrator (DBA) has been responsible for the information janitorial work. Whenever data needed to be clean, collated, and delivered, the DBA performed the duties, in part because no one else could, but also because no one wanted to.

Now that data is everywhere, people are often even required to use it in complex ways, despite not having any formal data skills or training. With the DPO, it’s clear that the regulation created this position for the new reality where becoming “data-driven” isn’t a vague pledge on a business’s 15-point strategic plan, but a fact of life. And it’s something I hear a lot at conferences these days: a whole new type of staff member who needs to be data-literate but not a data geek, someone who can have a critical voice in data-related matters, leading ultimately to a chief data officer(CDO).

The digital revolution has been as much cultural as technical. The importance of the DPO and CDO are a reflection of data’s intrinsic importance. Nervousness around new regulation may be a result of insecurity about poor data hygiene. Empowering nontechnical users provides the path forward: shoring up systems that get data out of stale silos and into everyone’s hands. And in the process, they’ll see how GDPR is fundamentally a people-driven regulation—something that should be leveraged for insights.

This article originally appeared in InfoWorld*